I’m at that moment in moving where all the official stuff is done, and now I’m just whittling my time down by packing. And un-packing. And re-packing. And making lists. And throwing those lists out and making new lists. Adjusting my budgets after my going away party. Having heart attacks thinking of receiving my last pay check soon. Making the most of American TV and food. And, having last minute hang outs with friends.

Well, it was a long time. Until the month started. And I realized that 5 weeks is an incredibly short time. Between leaving work, parties, visiting family, visiting friends, house sitting gigs, and a drastically underestimated room to pack, things have been chaotic. My anxiety is at an all time high, and I haven’t finished a meal in 3 weeks. And I’ve been PMSing like a monster, so the littlest things have either sent me off ugly crying or just crawling under the covers for a nap.

Suddenly, I only have 3 days before I leave for my week in Los Angeles. After that, 7 days until I see the love of my life again. I’ve been walking through these past few weeks taking one step that’s too excited to function, and another step that’s scared/sad/nervous/crippled about leaving my collection of boots in storage. It’s overwhelming, yes. Trying to prepare and anticipate everything you need for a move is a daunting task anytime you move. But, every time I get a message from Joel saying, “I can’t wait for you to come home,” I melt. And I know that all the anxiety and frustration and unbridled excitement and missed meals are worth it.

Bring it on, move!

Now, let’s just hope that I can successfully fit what’s left of my closet into two 50 lb suitcases. 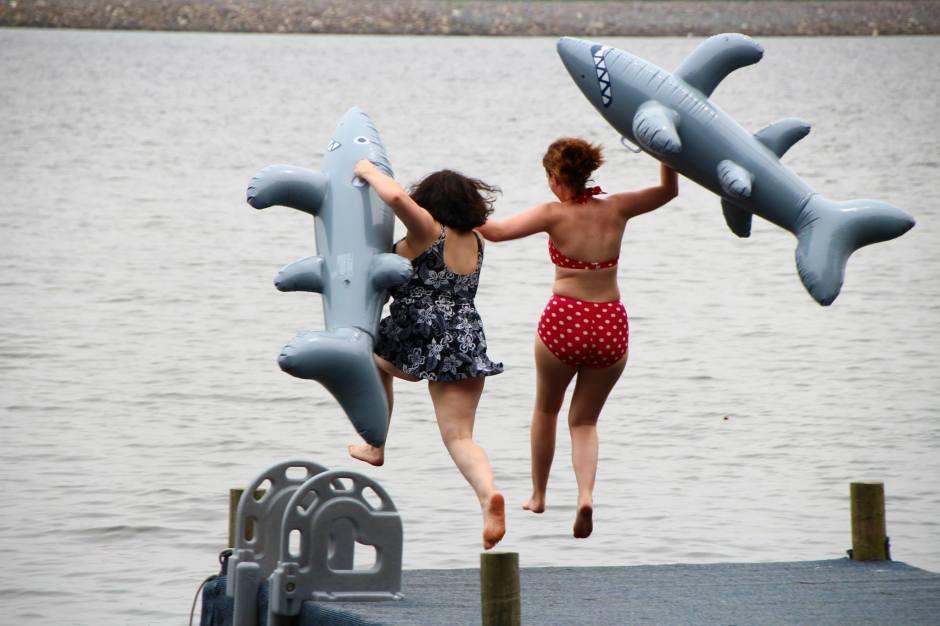 Saying goodbye is hard. No shit.

You’d think it would be easier for me, as I grew up a military brat. I watched my dad go off on duty orders that last for months to years, countless times. When my family wasn’t moving, my friend’s were. My best friends all live in different states, or at least 45 minutes away from me, but we’ve all managed to stay incredibly close (thank God for the internet and cell phones). I’ve never lived in the same state as my extended family. I (briefly) went away to college and I’ve moved a couple of times, post high school, myself. And whenever I am reunited with the important people in my life, it’s always as if we’ve never been apart. So I know from first hand experience that “goodbye” rarely holds the finality that it implies, and that it’s really just “see you later.”

But it still doesn’t stop the truck load of Feels that dumps all over me when I say it, though. And it didn’t stop last week, hence forth known as “The Week of Goodbyes,” from giving me the Ugly Cries at least 72 times.

I cried so hard at my final therapy appointment that I wore my sunglasses at work for an hour before going home early, just to cry some more. On my last day of work, my team made me a Power Point presentation (complete with Men at Work playing in the background), about how they’ll miss me that made me cry like a baby (hiding behind my closed office door, of course). And over the weekend, I held a going away party at my brother in law’s lake house that basically left me incapacitated with feels.

It was a crazy good time. Friends from as far away as Ohio, New Jersey, Maryland and North Carolina (I told you, we’re scattered) braved the accident and traffic filled stretches of I-95 and brought their kids, their dogs, and their party pants to a camp out in Lake Anna. There were inflatable sharks, inappropriate pool noodle jokes, majestic beach towels, keg beer, good bourbon, grilled meat, more pool noodle jokes, so many selfies, a mini high school reunion, the Australian National Anthem, surprise fireworks, a SUPER MOON, late night hang outs, and infinite laughs. I woke up early on Sunday morning to a trashed house and sleeping bodies scattered all over the house and outside, and just felt… loved. 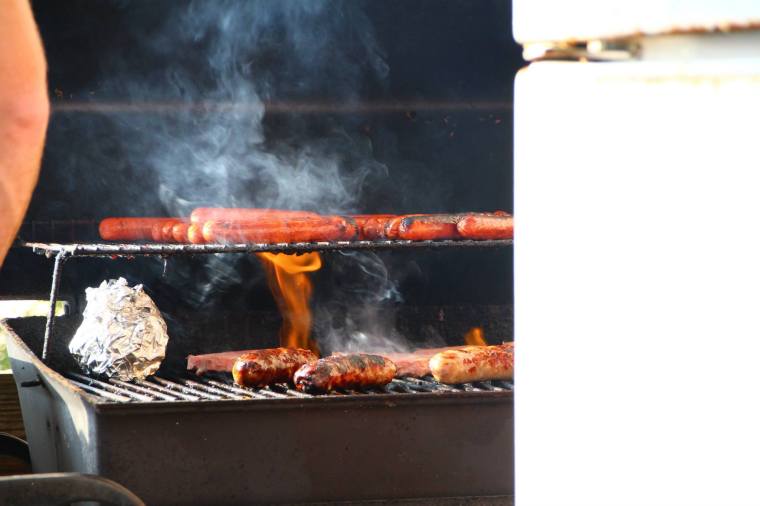 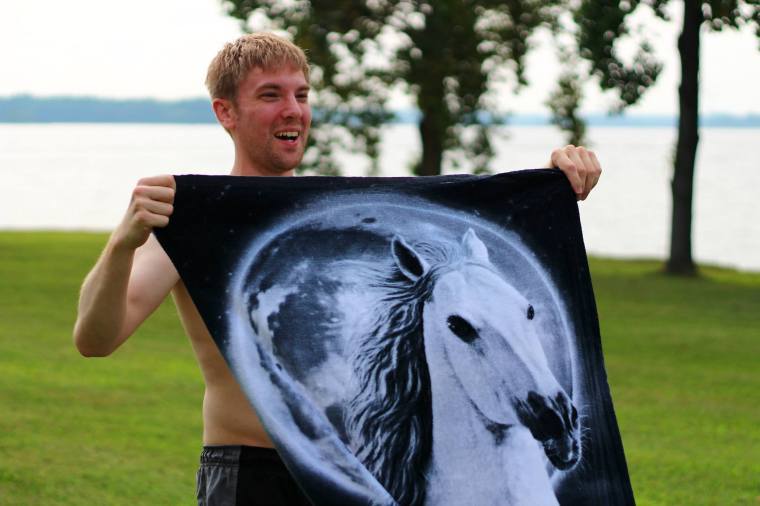 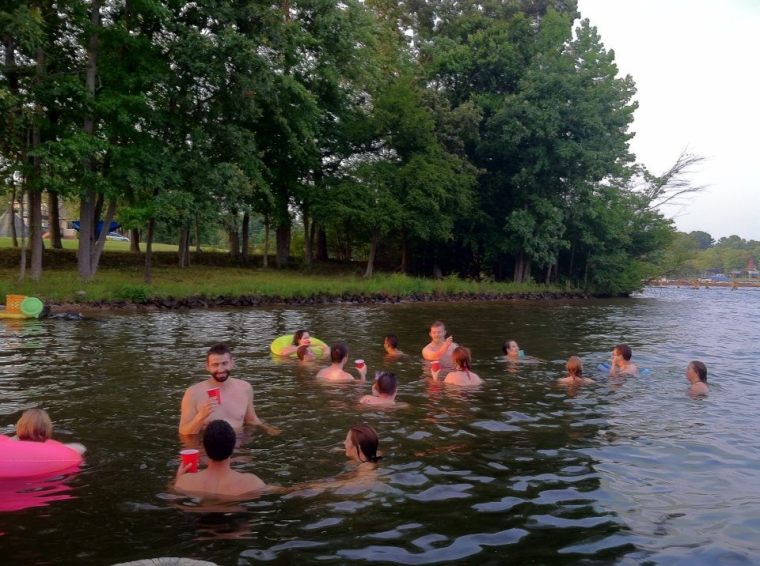 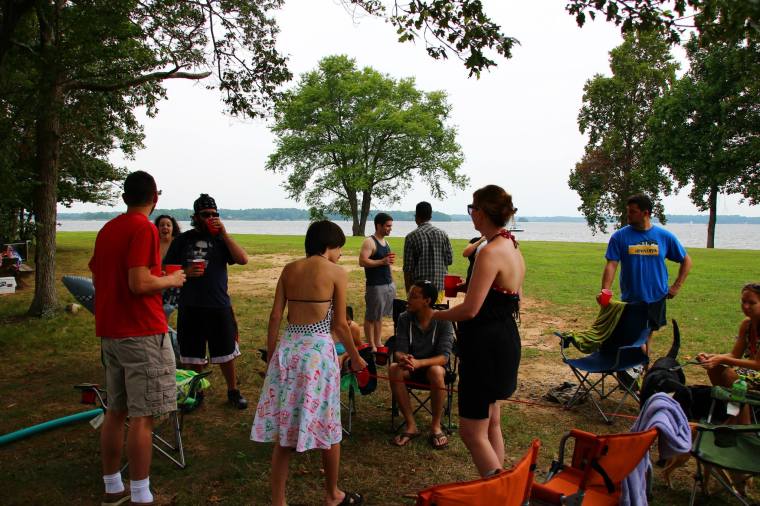 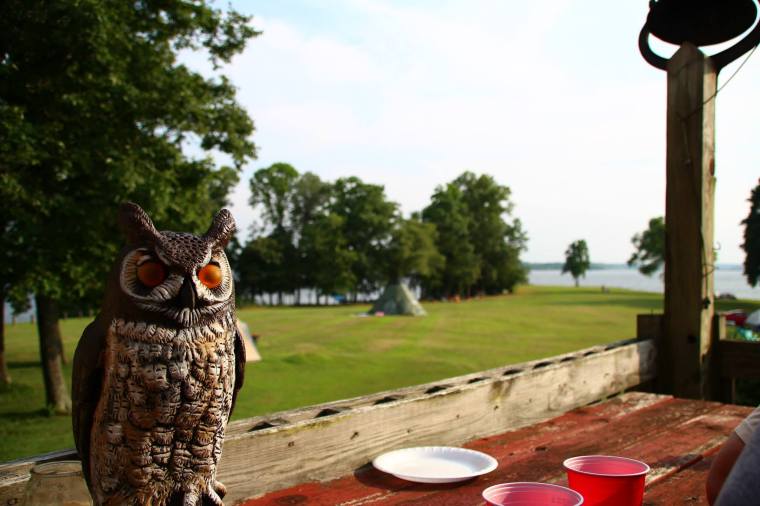 Early in planning the party, I thought that maybe only 12-15 people would show up. When about 35+ actually showed up, I was shocked. And I was absolutely overwhelmed with how wonderful the day was. I’ve never had so many people gathered in one place, just for me. I received so many well wishes and thoughtful gifts. And it was out of this world incredible to be surrounded by so many of my chosen family, and to feel so much love and awesome, to relive such great past moments with people who have grown up with me, who have seen me at my lowest, and at my best. The party was filled with such a fucking tremendous energy that it left me wordless. And I’m usually up til the sun rises at parties, drinking and rambling with all the night owls. But, by midnight, I was so floored that I nearly passed out. One of these days, I’ll figure out how to be a frantic host and an up-til-dawn-partier at the same time. Saturday was not that day.

The weekend was a reminder of the greatest part of my life: friends and family. And booze and meat. Haha. But really, I have a great group of people behind me. I’m left feeling awed and grateful for everyone in my life, and even more grateful that they’ll always be there, in one way or another. And really, I’m lucky that it’s hard to say good bye. It means I have something that I’ll miss. (I hope that’s not a quote from The Hills. Oh god.)

And I’ll miss them, dearly.