Over the weekend, I had an incredible craving for banana cream pudding. It’s possibly the best pudding ever in the world, especially when it’s homemade. What’s better than banana pudding tossed with ‘Nilla wafers and sliced banana, and topped with whipped cream? Hardly anything? That’s right.

This craving was troublesome, since pudding as I know it here is something completely different: it’s a cake.

So, no aisles full of instant pudding boxes in the grocery store. Strike out. Resume desert-induced depression.

But then, Cosby-devined intervention came through: “I could make some. Like home made banana pudding.” Granted, the closest I’ve ever come to home-made banana pudding is throwing 2 cups of milk into a bowl with Banana flavored Jell-o pudding, letting it chill, slicing bananas, dousing it with Reddi-Whip, and eating the entire bowl. I started looking up recipes for ‘from-scratch’ banana pudding, but they were super Southern and filled with scary terms like “corn starch” and “double boiling” and “separated egg whites.” To complicate matters further, I couldn’t find ‘Nilla wafers, or even plain vanilla cookies in our store. Double farts.

I decided not to let it get me down, though. The two cookbooks I have with me from the states didn’t have a recipe I could use, but the internet is a lovely treasure box of food noms. And lo and behold, I came across The Baker Chick’s recipe for Homemade Banana Pudding. It looked easy enough to follow, and I was pretty sure I could find all the ingredients, or their Australian equivalent. I wasn’t excited about the 10 minutes of constant whisking, but it sounded easier than double boiling (which I’ve only tried once and it ended terribly). I’ll admit, at first I read the recipe because I liked the look of her site, but, I was sold on how her banana pudding looked closest to mid-west Banana pudding I’m used to eating (did you know that Southern people eat it hot, right off the stove? ew.)

So, yesterday, on a cold, cloudy day, I got to makin’ puddin’.

This pudding was incredible, even without whipped topping. Homemade whipped cream would have been amazing, though. Ah, well. The search continues for whipping cream!

In the mean time, I have one of my most favorite comfort foods ever waiting for me in the fridge. 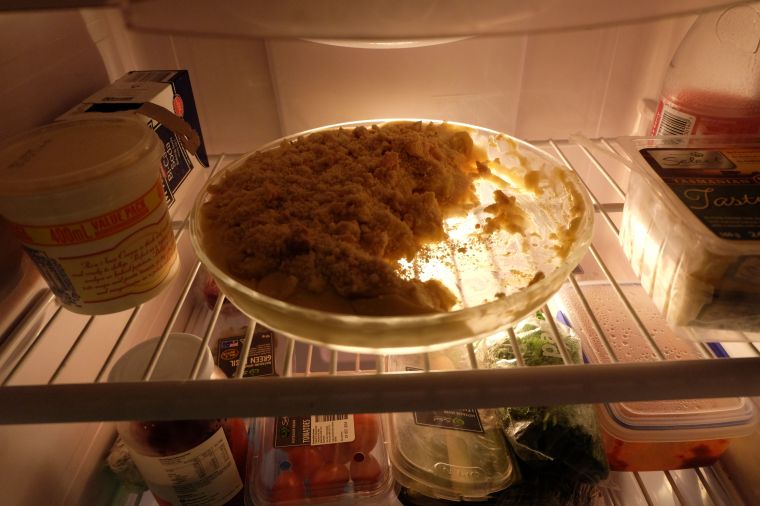 *fun fact – American style pudding is actually custard, which The New Food Lover’s Companion defines as a dessert made with a sweetened mixture of milk and eggs that can be either baked or stirred using gentle heat. I always thought custard was a gross kind of ice cream. And now I know better.

6 thoughts on “Novice Kitchen: We have become… Banananimal”