But that’s ok, sometimes shit sucks. I’ve written it off and I’m moving forward. Last week, I did nothing at all productive. I’m not kidding – absolutely nothing.

But this week has been a slow reclamation of productivity. I wrote twice, attended my writer’s group (for the first time since like, November!), read The New Yorker (thanks, Joel!), read part of an actual book, and we managed to keep the apartment somewhat clean at the end of every day. Work has decreased sucking by approximately 70%, and that’s better than I expected.

In the midst of all the suck last week, I forgot to point out the good things that have been happening –

8. I said goodbye to my therapist on Monday, which was pretty sad. She was great to work with, and I feel like I made some fantastic strides with her. But, I won’t be alone forever – she’s set me up with a replacement that she thinks will be a good fit for me. *fingers crossed*

9. Speaking of good byes, bad luck luck struck again as we had to say good bye to Joel’s childhood pup, Jessie. She was such a sweet pooch, and Joel and his family had 16 lovely years with her. But her cancer spread from her spleen to her liver, and she was bleeding internally. It was heartbreaking to say goodbye, but I was happy that Joel got a chance to see her one last time. It was especially sad considering it was exactly one week after Lucy. Not being there to see her still makes me teary.

10. We’re a few days away from autumn, and coincidentally, it’s been rainy and cold all weekend. Rainy and chilly, chilly, chilly. I love, love, love it. It makes me wish I bought that unicorn jacket last week.

11. I am broke, broke, broke. Bills, accomodations, and hella doctors appointments = expensive. And only when it’s broke do I suddenly find everything that I want to buy. Like these Nic Cage sneakers: 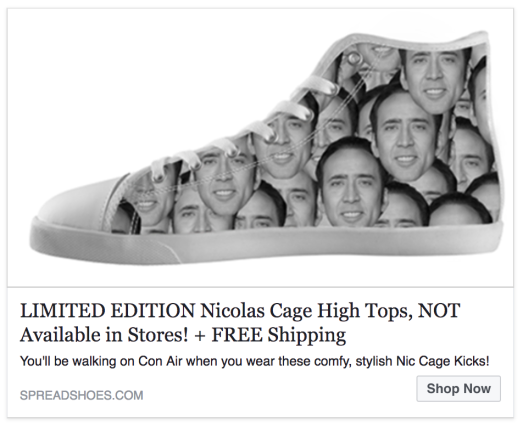 12. Have I mentioned that I love Joel? He’s the absolute best thing that’s ever happened to me. 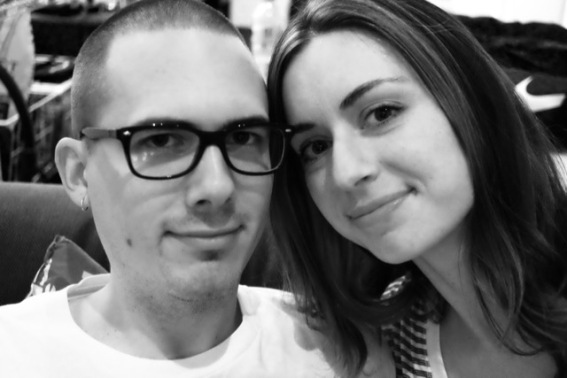 So that’s about it! Happy Sunday everyone. I hope your week was better. And that you had life changing pie.