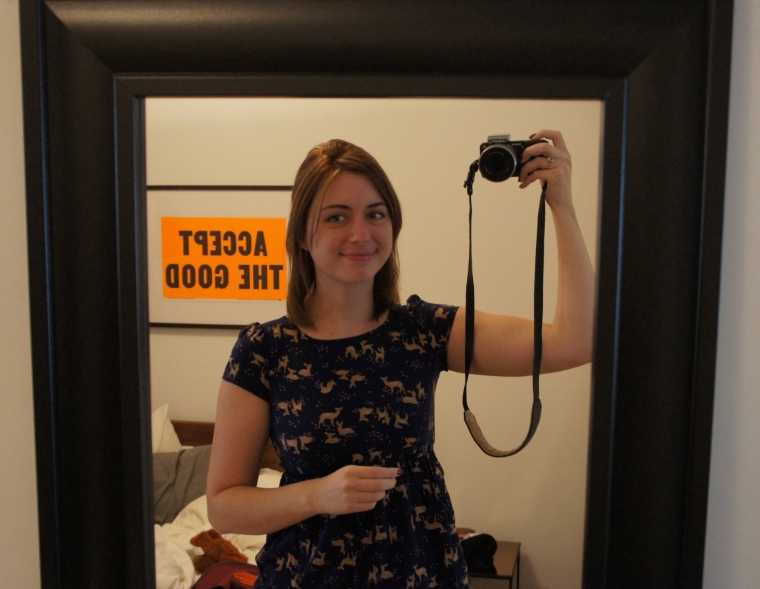 I also like to write about all these things. I used to blog at Audge Podge & Blither Blather, but I live here now.

I live in Northern Virginia, right outside of Washington, DC. However, in September, I’ll be leaving the ranch and cheese covered, traffic-dense delights of the United States and I’ll be moving to Sydney, Australia to be with my boyfriend, Joel.

In 2012, I went to Sydney to visit my super pal, Odie. I didn’t even know Odie had a roommate, but that’s how I met Joel. We became fast friends, and through months of emailing and chatting after I left, we realized we had fallen for each other. And we knew we wanted to make it work, despite the most distance possible between us. When Joel came to visit me for a month last year, I knew what our next step was. Eight months after that legendary visit, I have my Australian Work and Holiday Visa in one hand and a one-way ticket to Sydney in the other. And neither of us could be happier.

If moving across state lines or moving across the country is hard, then moving internationally is going to be rough. I know, though, that what I’m giving up is minuscule to what I’m getting in return. I’ve spent a long time looking for what I want, but I never knew how good life would be once I found it.

To say I’m excited about moving is a bit of an understatement. My dad was in the military, so I’ve moved around a lot in my time. But, this is the most anticipated move I’ve ever made, so I started this blog to keep up with my transition from ‘Murica to “Down Unda” (/wince), as well as to post new pieces that I’m writing, new projects we finish, and new adventures we have. I’m about 7 weeks away from Moving Day, and there’s just so much to be done. And once I’m there, I have a country that’s bigger than mine with so many different things to learn: visas, vegemite, health care, driving on the right, and learning to live without air conditioning, my Americans, Netflix, or my cat, Bill Purray.

So stay tuned for ex-pat anecdotes, new fiction, and hopefully lots of pictures of wallabies.