My favourite neuroscientist/life coach Josien was in town this weekend, house sitting at one of my dream houses in Wentworth Falls in the Blue Mountains. She invited me up for the weekend, and I was all HELL YAS. And after a 1.5 hour train ride on Friday night, I was there. END_OF_DOCUMENT_TOKEN_TO_BE_REPLACED

SO. In my last post, I talked about how I confronted my fear of driving on the high ways here in Sydney by taking a professional driving lesson. I was hella scared and nervous, not because I was already scared about driving, but because on Friday, I made the mistake of telling my friend Josien about my upcoming lesson and how I planned to drive a little bit every weekend until I wasn’t scared anymore. Josien has this really irritating habit of forcing me to do things I’m afraid of and of holding me accountable for my goals, so I have to be careful what I tell her or else she’ll actually make me do it (i.e. I really should tell her everything I want to do with my life). And after I told her about my plans, without skipping a beat, she said “Ok, so where are we going on Sunday?”

I tried to talk my way out of it, but she wasn’t hearing it. It really was the perfect circumstances for a road trip: we’ve both been in a bit of a slump and it need of distraction, it was a long weekend, I had a car, and I needed road practice. And since Josien was my co-pilot on the very first time on the Australian roads, I figured she knew what she was getting herself in for. So, when I sat down for my lesson, I was actually twice as nervous: nervous to be there in the first place, and nervous that if this didn’t go well, tomorrow was going to be awful.

HOWEVER. My lesson was amazing. And by the end of the day Saturday, Josien and I had plans to visit the Blue Mountains Botanic Garden in Mount Tomah, about an hour and 40 mins away from Sydney. We were going to leave at 8AM, walk around the gardens, eat lunch on the porch of their restaurant, and head home. PLANS!

Well, Josien showed up and we got to work cleaning off my car. I hadn’t touched my car or even looked at it for 4 weeks when my instructor and I walked up to it. Of course, I could barely recognise the car because it was covered in bird shit and dust and pine needles and leaves, and the side mirrors were pine needles and cob webs (shudder). So I quickly brushed the needles off for my lesson, promising to give it a proper clean before our big road trip. For 20 minutes, we scrubbed the windows with Windex wipes and brushed all the debris off with a hand broom. And then, armed with a GPS and snacks, we were ready to get on the open road.

30 seconds into our drive, I knew something wasn’t right. The car sounded rough. Like there were rocks in the engine. I turned on to the main road and felt like I couldn’t get the car to speed up. And it still sounded strange. Very strange, considering it was driving perfect yesterday. At this point, about 2 minutes into our journey, it dawned on me that I might have a flat tyre (yes that’s how I spell it now). So I pulled off to the side of the road to investigate.

Ah, shit. I hate flat tyres. I hate them because I know exactly how to change a flat tyre, but I’m not strong enough. It’s my T-Rex arms syndrome. And I hate that when I call roadside assistance and the guy (always a guy) shows up and I’m like, “Hi my tyre is flat,” I get that “It’s ok, little lady, let me just take care of this for ya” and he’s done in 4 minutes and I’ve paid $400 and I hate myself and pledge to work out to get Schwarzenegger arms. But also this time, I didn’t have a jack. And that’s absolutely paramount to the whole tyre changing scenario, or so I’m told.

Also it cost $400 because I had to sign up for membership + lodge emergency service because we were parked in a metro two hour zone. I thought I had signed up for roadside assistance but Joel reminded me that we said we’d get it later because “we probably won’t need it right away.” because that’s exactly how I operate in life. At this point, Karma decided to help me drive over that screw that punctured the hell out of my tyre. But, I got a bonus year of coverage for free, so it’s not all that bad.

So, around 9:45, our tyre was changed and we were ready to go. Except I was a bit defeated, feeling nervous, like this was all a bad idea, and I was ready to call it a day. I was half-heartedly trying to convince Josien that we should just go see a movie and save the road trip for another day, but then she said, “You know if you don’t go out today, you’ll never get back in your car again.” And I hated her because she was right. We had a full tank of gas, a full sized spare, and we still had heaps of day left. And so, I pushed on, against my will, by my friend who won’t let me bail on myself. 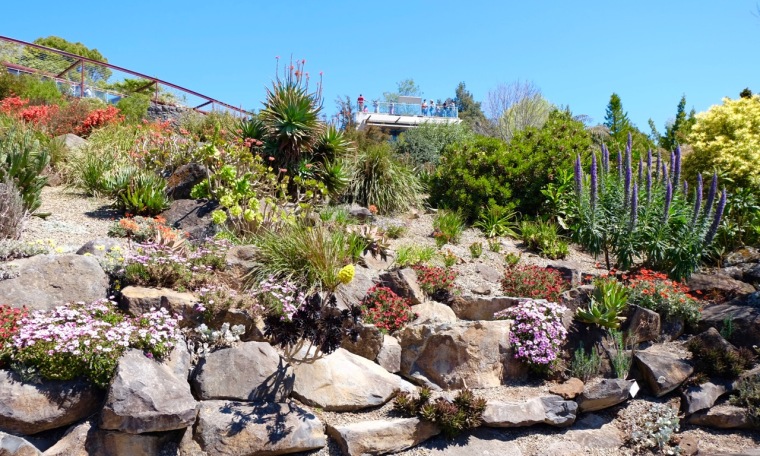 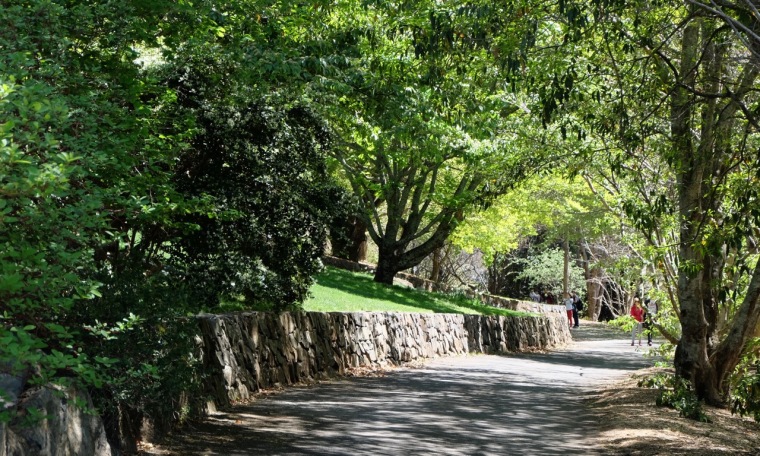 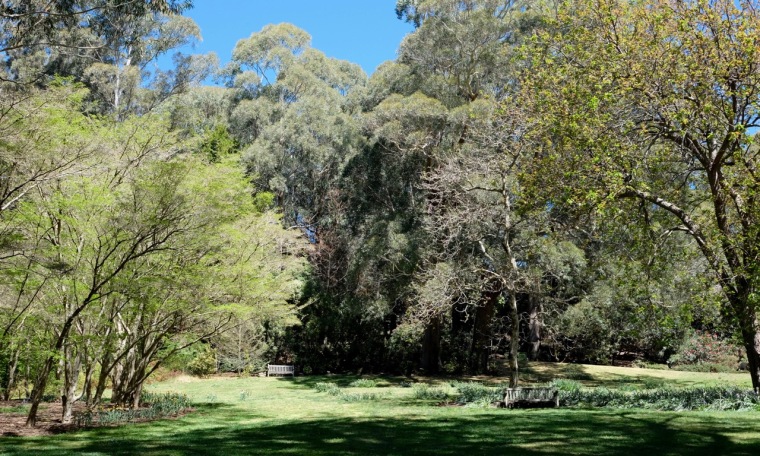 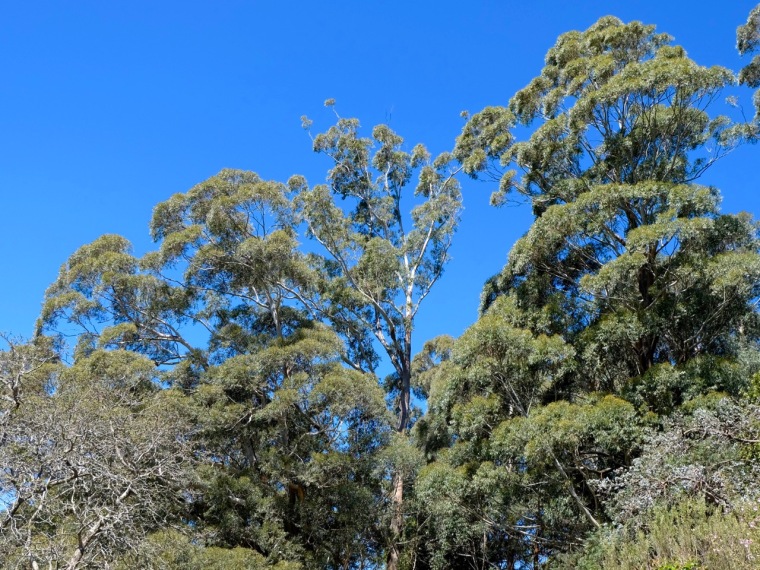 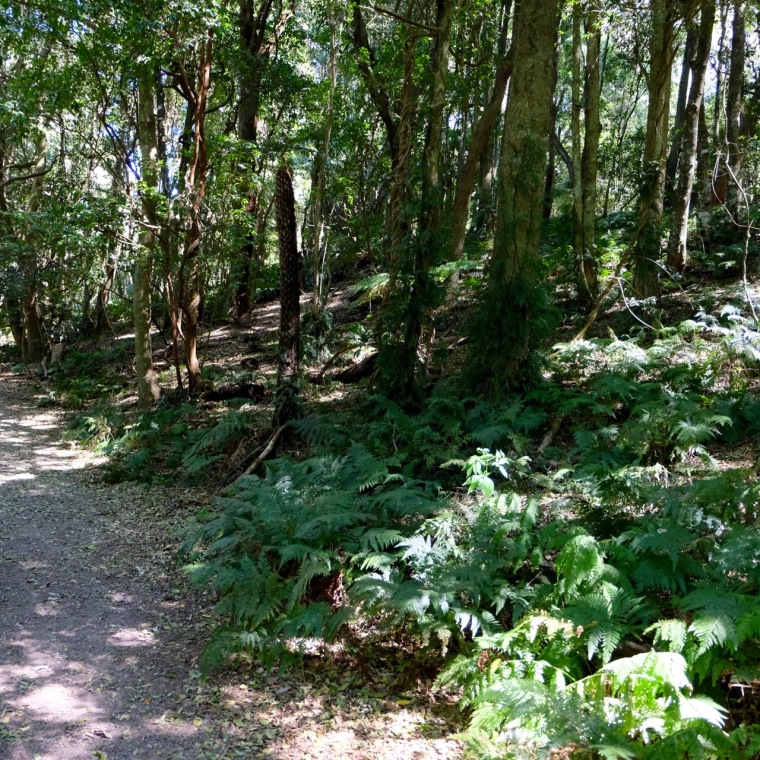 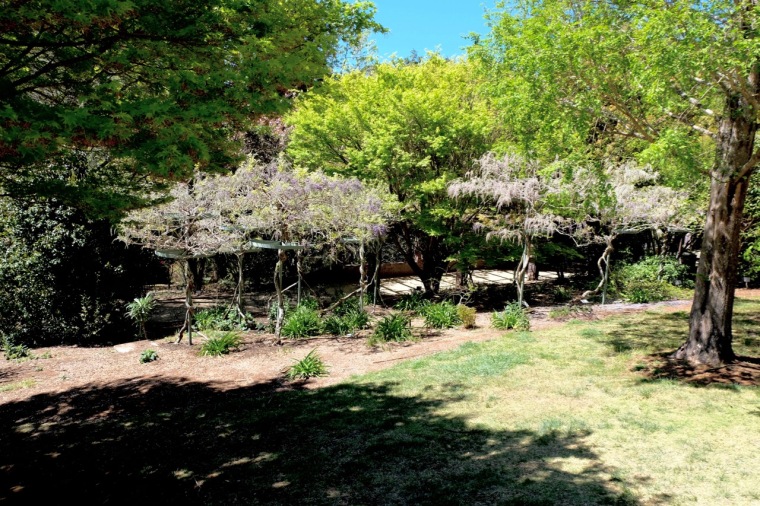 We ate an amazing lunch (I couldn’t take pictures because I was so hungry that I immediately inhaled the thiny sliced salmon, perfectly friend potato cake with sour cream and fennel, and spring salad. I wish I were still eating it), with a gorgeous view, and made our way back to Sydney. I had pumped myself up to spend hours finding a parking spot, especially when my FAVOURITE spot was taken (the nerve of some people), but we found one in minutes that I only kinda needed to parallel park into.

All in all, what a fantastic little adventure. Josien and I used to work together, but she’s a doctor now with her own business so we don’t get to hang out 3-4 days a week anymore (once again, the nerve of some people). So it was great to spend the day with her, being huge nerds, laughing, having heart to hearts, scaring people with our show tunes, and listening to Mitch Hedburg and Eddie Izzard. I don’t remember the names of any of the new flowers I saw, but I still feel like I got a lot out of the day. I’m happy to have people like her in my life, who push me out of my sweatpants shell when they know it’s best for me.

Also, I’m still running off my driver’s high from having driven so far. Even if my ass and shoulders hurt the next day from being so stiff in the driver’s seat. But it’s such a good feeling to know that I’m not bound to public transport or someone else driving when I want to go somewhere. Feels good, man.

Onward to the next adventure!