I’ve been doing really well this week at writing for a little bit every day, so I thought “I’m going to set aside Sunday to do nothing but write!” And as Sunday came around, I sat down with my laptop and BAM: no motivation. No ideas. I was very nearly about to force myself to just write something when Joel asked if I was going to bake the cookies I had sorta kinda thought about baking yesterday but didn’t. And suddenly the cookies became Priority One Must be DONE RIGHT NOW. END_OF_DOCUMENT_TOKEN_TO_BE_REPLACED

Today was Anzac Day, and I made Anzac biscuits for the first time. So on today’s adventure, you get a history lesson and a recipe for some delicious sweet treats. Yay! END_OF_DOCUMENT_TOKEN_TO_BE_REPLACED

Ohhh, Christmas holiday. It didn’t get here one second soon enough. With Joel working long hours and me working long hours ALL FREAKIN MONTH, we’ve both been counting down to getting a few days of sanity back.  END_OF_DOCUMENT_TOKEN_TO_BE_REPLACED

Ok, so I know oatmeal isn’t exciting. And I know a lot of people could careless. But let me put this out there: I freakin’ love oatmeal. Yes, I am a living on the edge wild child for the fibre treat. I love hot porridge, I love oatmeal skin products, I love the way it feels to sift through a bag of oats with my hands, and I love to fucking destroy a plate of oatmeal cookies. END_OF_DOCUMENT_TOKEN_TO_BE_REPLACED 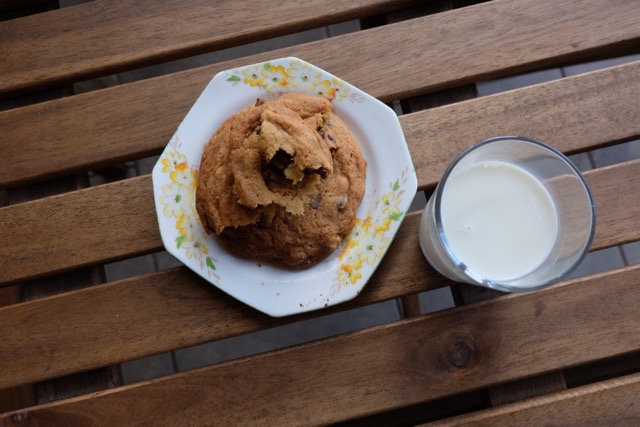 I love cookies. Or biscuits*, as my British based, adopted homeland calls them. I love pies and desserts, but my most favourite dessert is soft, buttery, fresh baked chocolate chip cookies and creamy vanilla ice cream. /droooooool

END_OF_DOCUMENT_TOKEN_TO_BE_REPLACED

On Christmas night, Joel and I were beached on the couch in a combined food and Netflix coma. All week I’d been thinking how I was half shocked that the end of the year was almost here, and half shocked that it took so long to get here.

2015 went by in a blur. Until about mid-October, I went through the year like a slug, hitting salty patches and shriveling, and then taking a while to… un-shrivel? The beginning of the year wasn’t the greatest. I spent a lot of time trying to convince myself of a bunch of different things: that I wasn’t homesick; that it wasn’t hard to talk to my parents only once a week instead of nearly every day; that it wasn’t hard to not see my siblings and my friends; and that I wasn’t having a complete resurgence of near-crippling social anxiety. Trying to live in denial was exhausting, and it started to wear on Joel and me. With a lot convincing and talking, Joel helped me work through the hardest parts (with one or two crying phone calls to my mom on my lunch break – sometimes I’m a scared 7 year old). Things got better around March-April, but then I was faced with a job hunt. And the final steps of our visa application was hair raising. And I went through another difficult 3 months after getting a new job when I was broke and really struggling to stay positive.

SO yes – a few of downer moments, a few of meh moments, but that wasn’t all that happened. 2015 definitely had HEAPS of awesome. Joel and I rang in the New Year laughing, and I can say that it carried on throughout the year. Living with Joel is so much fun, that I’m always having a good time – even when I hate myself. It’s been a year of sweet gestures, laughing til we cry, lazy late mornings sharing comics, shared goals and support, learning how to cook, learning how to bake, many (too many, if you ask my expanding waist) wonderful Chinese take out meals, lots of little adventures, coffee dates in the park, Netflix binges, home building, and plan making. Joel even taught me basic photoshop magic and more tricks with my camera.

Also, on a totally important note – I finally learned how to blow dry and curl my hair. And I learned how to apply liquid liner to my satisfaction in less than 7 minutes. I also learned that I will never wake up in time to do all three before work. Or get dressed properly. Or shower. I’ma do me.

So yes, while it doesn’t feel like I accomplished a lot, I did survive. Survival, employment, and a finished visa application. That’s what 2015 boiled down to.

So I was thinking about ALL of this as we were in the afore-mentioned beached whale state. And it got me thinking, “shit, there’s been a lot to distract me over the last few years.” Being lazy and easily distracted are my two worst traits. That and in my personal life, I can barely handle more than two things happening at once. There has been something significant to distract me from and to excuse me from achieving for the last few years. But I couldn’t think of what’s coming up in 2016. Like, what will distract me? What big thing do we have to plan or prepare for? So I brought it up with Joel.

“What’s happening next year?”
“What do you mean?”
“Like, what big thing is happening? In 2013, it was therapy and you + me and you coming to visit; in 2014 it was preparing to move and me finding a job in Sydney; in 2015 it was applying for the visa and us finding new jobs. What’s going to happen next year?”
“How about… we just live? Have good times.”

And I was all, #lightbulb – that’s a great idea.

How about a year with no excuses? A year of getting shit done. A year of working hard toward being who we want to be. A year of ta-da! A year to look back and be like, sheeeeeit. A year well spent. It’s been years since I’ve started a year with no Giant Thing to Plan Around in the forecast. I’m really excited to see what we can accomplish.

I just typed “but first, I’m going to take a nap.” and I deleted it. That’s how serious I am. But I will make a batch of the World’s Best Chocolate Chip cookie first.