Ok, so I know oatmeal isn’t exciting. And I know a lot of people could careless. But let me put this out there: I freakin’ love oatmeal. Yes, I am a living on the edge wild child for the fibre treat. I love hot porridge, I love oatmeal skin products, I love the way it feels to sift through a bag of oats with my hands, and I love to fucking destroy a plate of oatmeal cookies. END_OF_DOCUMENT_TOKEN_TO_BE_REPLACED

Because this winter has been expensive, I’ve decided to curb all unnecessary spending for a while. Which, unfortunately means no more spending heaps on butter, sugar, baking bits, and baking supplies. And that really sucks, because when I’m at home, hanging out, all I want to do is bake. Like, I think I have a biological cookie clock that starts ticking around 11 AM every Saturday. Even if it’s just to make the World’s Best Chocolate Chip cookie, or a pre-packaged pumpkin bread, I need to bake something.

This is where my mom comes in. For Christmas, she and dad sent Joel and me a few boxes of cake and cookie mixes. Being that it was the middle of summer and I was loathe to turn the oven on if I didn’t have to, so I didn’t get around to baking. Later on in the year, I was making everything from scratch, so the boxes stayed in the cabinet, tucked away for emergencies. And last week, when my Bake-ological Clock started, I considered it an emergency.

So I grabbed the package of Trader Joe’s Pumpkin Cupcakes, because I had just enough butter and eggs. First problem: I don’t have a cupcake tin, so I would have to make a cake – no big deal. Second: it came with cinnamon creme frosting, which required 2 cups of powdered sugar – which I only had barely 1 cup. I literally didn’t have enough money to go out and buy more, and instead of just making half the frosting, I thought I’d wing it and do what Google suggested – blend together corn starch and sugar. I didn’t have a blender or a food processor, so I thought mixing it might do the trick. yeeeeah. After I cleaned up the cloud of corn starch dust that blew everywhere, I was left with, basically, slippery sugar. I added it to the frosting mix, and ultimately got a gritty sugar paste. Lesson learned: if you only have half the ingredients, just make a half recipe.

The pie was still good. And that’s all that counts.

I emptied the box, and was a bit skeptical.

And I decided to make woodland creatures and dionsaurs, in addition to ugly sweaters.

The directions on the box stated “combine cookie mix, 1 egg, and 4 tablespoons room temperature butter with mixer on low speed.” I waited til the butter was room temp, and added it – looking more skeptical. 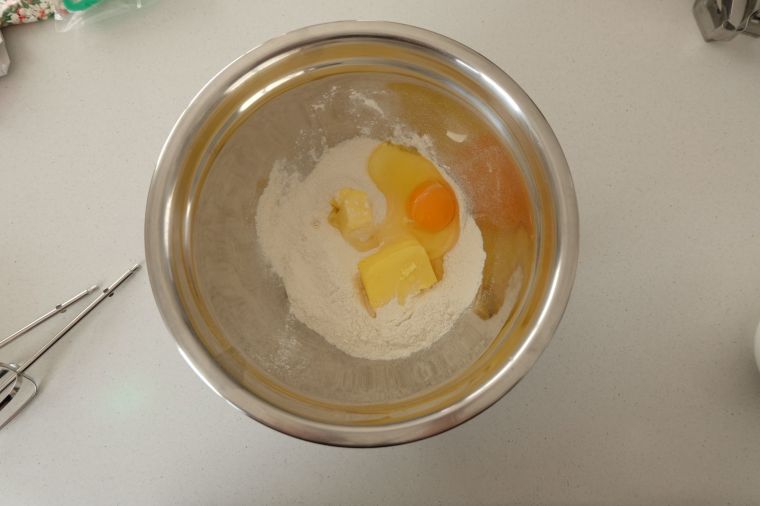 I folded in the mix with the egg and butter as much as I could, and then took it to the mixer, hoping this wouldn’t happen. But then it did:

The next step on the back of the box said to spread the dough on a lightly floured surface:

Yeah. It was basically cake dough. And the more I tried to form it, the stickier it got.

I was about to call the whole thing off, and just throw the dough out, when Joel gave it a shot: 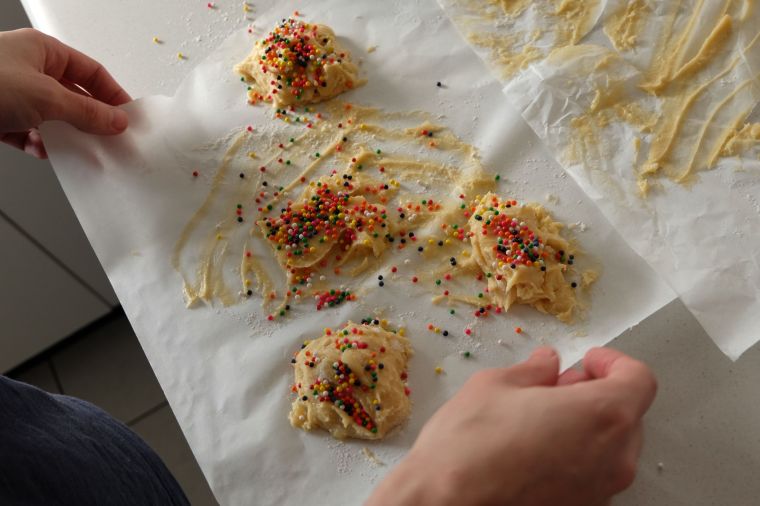 But they turned out great! Fluffy, and surprisingly not a single over baked spot on the bottom. Actually, thinking back, they tasted like those store bought, frosted sugar cookies. Like the ones made in Target’s bakery and always have some sort of super sugary seasonal icing on them. But still, not bad.

And thus, team work made the dream work. The dream of cookies. 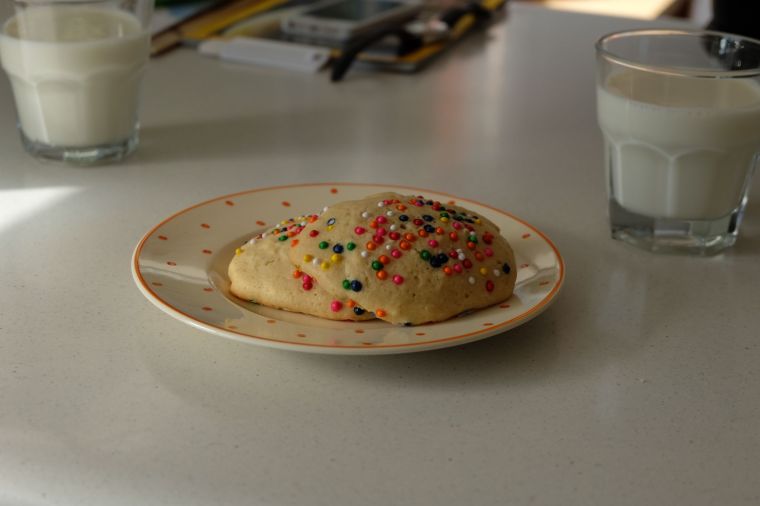 Tune in tomorrow for another round of Broke Bakers.